Mr. Hudler is in his 10th year of teaching and serving in his second year as Director of Bands at Lakeview Centennial. He directs the Patriot Marching Band, Wind Ensemble, Symphonic Band, and oversees all aspects of the Patriot Band Program. Prior to his appointment as Director of Bands, he was an Associate Band Director at LC for four years. During that time, he was the director of the Wind Symphony and Concert Band.

Mr. Hudler is a native of Dallas, TX. He graduated with a Bachelor of Music in Music Education and Clarinet Performance from Southern Methodist University. While at SMU, he performed with the Meadows Symphony Orchestra and Wind Ensemble and was the president of SMU’s chapter of the National Association for Music Education. He studied clarinet with Paul Garner, associate principal clarinet for the Dallas Symphony Orchestra, and conducting with Dr. Jack Delaney, director of the Meadows Wind Ensemble.  After graduating, Mr. Hudler taught private clarinet lessons and beginner woodwind classes in Rockwall and Duncanville ISDs. He then moved to San Antonio for his first position as an Associate Band Director at what is now known as L.E.E. High School in North East ISD. He taught at L.E.E. for four years, during which time he was director of the Concert Band and Woodwind Choir. He also was the pit orchestra conductor for the annual Spring musical.​​ 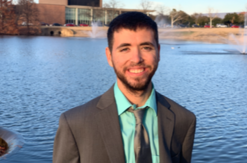 Mr. Gonzalez grew up in El Paso, TX and and moved to the Dallas/Fort Worth area to attend the University of Texas at Arlington, where he received his Bachelor's Degree in Music. During his time there, he studied under the direction of Dr. Michael Varner, Dr. James Yakas, and Dr. Andrew Eldridge. He was also involved with many ensembles at the university and served as the Principal Percussionist of the UTA Wind Symphony, Principal Timpanist of the UTA Symphony Orchestra, Drumline Section Leader of the UTA Maverick Marching Band, Member of the UTA Percussion Ensemble, and Elder Member of the UTA World Ensemble. In addition, he also marched with Genesis Drum and Bugle Corps.

Since coming to the metroplex, Mr. Gonzalez has taught and assisted many great percussion programs in the HEB, Arlington, Dallas, Fort Worth, and Cedar Hill Independent School Districts. His professional affiliations include being a member of the Percussive Arts Society as well as the Texas Music Educators Association. In his spare time, he enjoys photography, watching the Dallas Cowboys, and playing with his dog, Zeke. 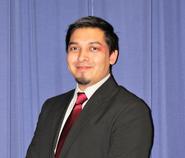 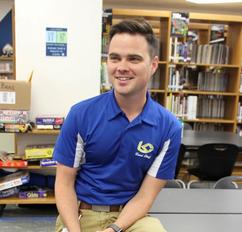 Mr. Davis is starting his teaching career with Lakeview Centennial High School. He was born and raised in Garland. TX, attending Rowlett High School and graduating in 2015 to then pursue a degree in Music Education at Texas A&M University Commerce. While at TAMUC he studied under Dr. Jeffery Baker, Mr. Alan Goodwin, and Mr. Phillip Clements. Mr. Davis was a part of many organizations such as Kappa Kappa Psi Honorary Band Fraternity where in 2018 he received the nationally recognized award the "Daniel A George Fostering of Joint Relations Award'', and the Commerce Chapter for the International Tuba Euphonium Studio. Mr. Davis also filled various roles in ensembles such as Principal Euphonium player for the Symphonic Band as well as Section Leader for "The Pride" Marching Band.

While obtaining his degree he served many high schools in the metroplex as a marching band technician at Rowlett High School, Lake Highlands High School, and Rockwall Heath High School. In his free time he enjoys traveling, watching basketball, and watching movies with his cats.